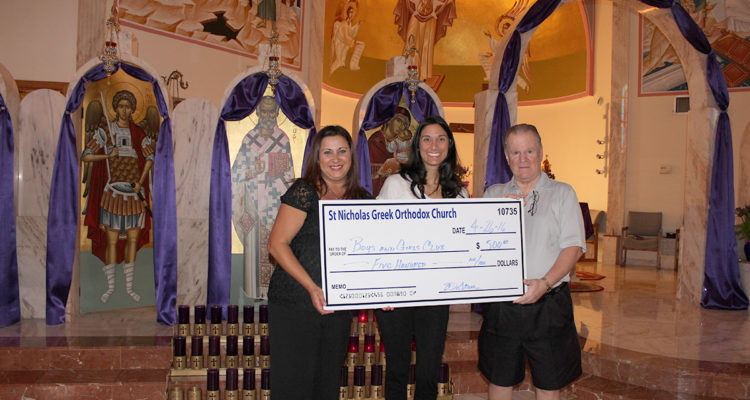 St. Nicholas Greek Church made a donation to the Boys & Girls Clubs of St. Lucie County from the proceeds of the 37th Annual Greek Festival. The 3-day Festival was held March 11-13 at St. Nicholas Greek Orthodox Church in Ft. Pierce.

For 37 years, members of the church have volunteered their time, energy and talents to showcase their Greek heritage. Visitors to the Festival were treated to live Greek music and dancing, authentic Greek foods, imported Greek wines, beers and other beverages.

Club Members from the Boys & Girls Clubs volunteered to bus tables and help in other areas. “The young people did a great job,” stated Dennis Starr, one of the organizers of the Greek Festival. “They worked hard, were very polite and represented the Club well. We plan to invite them back again next year!”

The festival is St. Nicholas Church’s major annual fundraiser. Proceeds will benefit community organizations that the church supports, among them Big Brothers Big Sisters, the Boys & Girls Clubs and Hospice of The Treasure Coast. The dates for next year’s Greek Festival are February 10-12, 2017.